Nimir Numah is a man standing at 6 feet tall, with a rather average build for a male. He has squinted black eyes, with yellow-ish skin and sometimes having a stoic expression. He has wavy brown hair that is somewhat long, ending at the neck. He sometimes however has the hair styled up in a different manner.

He usually wears a cloak that covers the torso's front and back, and light leather armor. He has black gloves, and wears old boots. He is usually seen having an old rusted sword sheathed, possibly for self-defense.

To honor Natis, he is sometimes seen wearing hooded brown robes, much like the Dark Corpse does. He mainly wears such robes to conceal his identity, as the robes can completely cover his actual body from vision, with careful details of concealing and shading.

When the Humans turned out to be able to harness their own power, they managed to become very prominent in the mortal scene. Several Humans had the strength of bears, the intellect of Gofdars, and the speed of cougars. The peak of the Humans' power was Natis Prosec, whose power rivaled Lucofry's. The second-best however was Nimir Numah, his best friend and second-hand man.

It was unknown who was Nimir's parents, for everyone was hit with a Spell of Omission during his birth by the Gofdars. This made him and everyone else completely unaware of who he was, and his first two words became his name, being Nimir and Numah. Accepted by all of humanity, Nimir was a wandering orphan that was taken care for by several families, especially the Prosecs.

During childhood, Nimir's best friend was and always will be Natis Prosec, who he did activities with on a daily basis. Together they made the Temple of the Numahs, which was originally a tree-house with a slide for an entrance. They made many more accomplishments together over time, such as defending humanity against the Gofdars and ultimately forming the Arygarians.

During the time that Natis Prosec was in charge, they accomplished many more tasks together such as effectively learning how to tame Sobmares and turning the faction into an empire. However, the fun wasn't to last for too long... for the arrival of Lora changed everything. Having fallen in love with Lora, Natis no longer saw Nimir as his main concern, which Nimir completely understood. However, when the Scaled Death hit the Arygarians, this caused everything to fall apart.

While Nimir always saw Natis's view during this point as a bit over-reactive, he nevertheless fought alongside him during the Stale Fruit Battle. He saw that Natis was doing far too much when the Day of Heart's Decay came, and he decided with several others to stop him. While he tried to kill Lora, Nimir and the others tried to incapacitate him. However, with Natis's mighty strength, Nimir was forced to kill him in the end.

After that day, Nimir ended up taking over as the Leader of the Arygarians. However, even then the clan was already beginning to decline. During this time, he decided to preserve his bloodline by going through a one-night stand with another individual. Due to another Spell of Omission however, he has forgotten who the mother was, and where his son went. Eventually, Nimir himself inevitably died of the Scaled Death, leaving the empire to disband... and during that day, he definitely knew that Lora wasn't the cause of it.

Now, he lives on as the Arygarian God of War, an entity that most Arygarians pray to in times of disaster and conflict. He has vowed to eventually find his old friend and make it up to him, and also to always fulfill his newly designated role. He's even been acting as the new second-hand man to Lucofry, a good amount of the time. 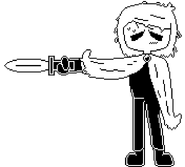 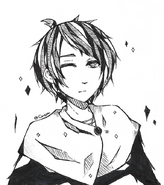 Great drawing by oranuncha
Add a photo to this gallery
Retrieved from "https://the-golden-roleplay.fandom.com/wiki/Nimir_Numah?oldid=6544"
Community content is available under CC-BY-SA unless otherwise noted.